We firmly believe that education is one of the most important keys to opening the door to recovery. We recognize and welcome our family of educated clients' power to help support our efforts to create, implement, and monitor manageable and realistic comprehensive Intervention solutions to meet individual and specific case management needs. You are welcome to review the information provided and encouraged to reach out for a complimentary, caring, and confidential consultation. 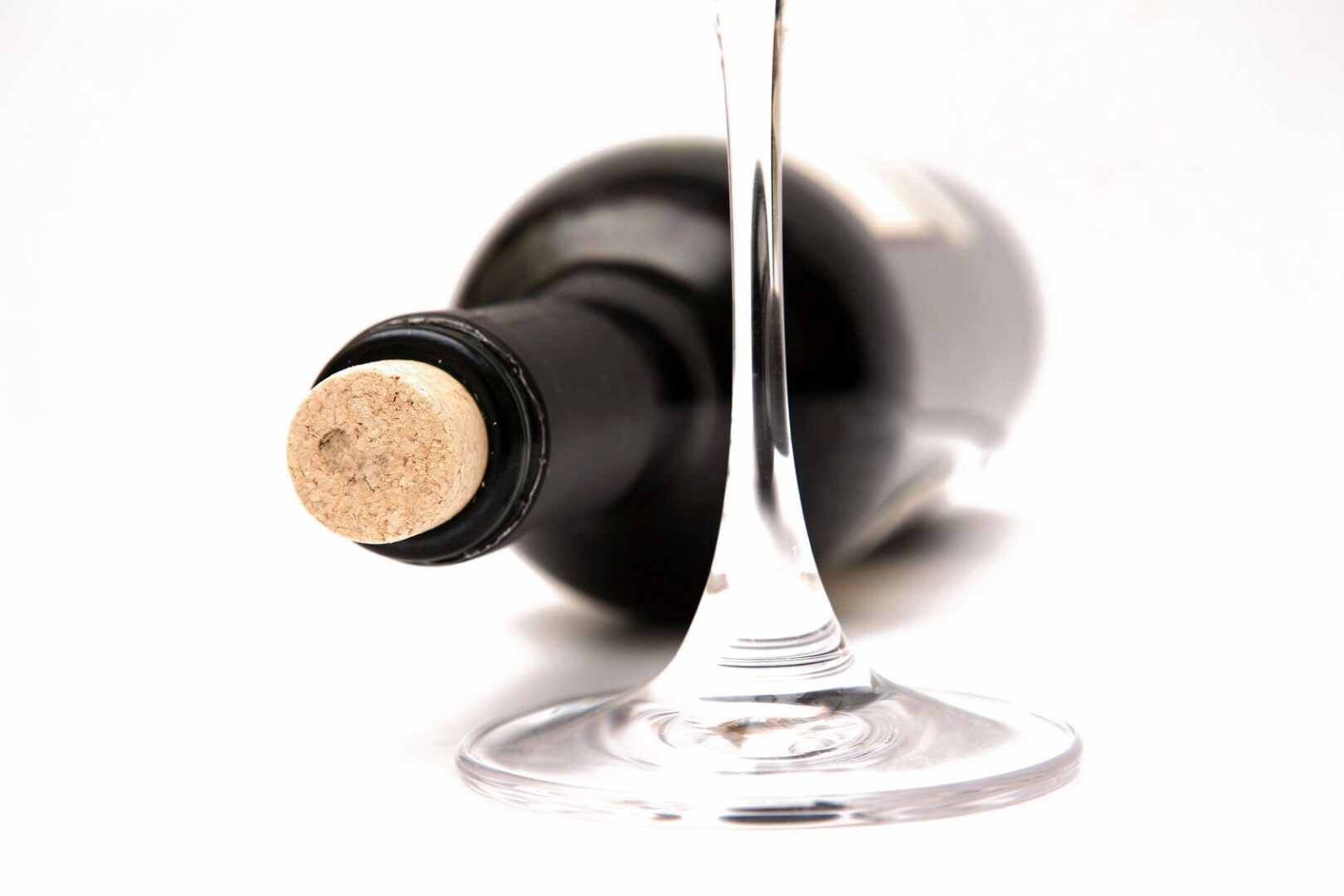 Alcohol abuse or alcoholism is described in the DSM-IV as a psychiatric diagnosis describing the recurring use of alcohol its negative consequences. There are two types of alcoholics: those who have anti-social and pleasure-seeking tendencies, and those who are anxiety-ridden, able to go without consuming alcohol for long periods but cannot control themselves once they start, creating binge drinking.

Differentiating between alcohol abuse and alcoholism requires recognizing that alcohol abuse is when an abuser has faced profound consequences for their actions. The alcoholic has experienced a sense of withdrawal at the same time.

Alcohol abuse is a drinking pattern that can result in serious harm to health, interpersonal relationships, and the ability to work. Furthermore, alcohol abuse can lead to failure to fulfill responsibilities at work, school, or home, and drinking in dangerous situations, including a motor vehicle's operation, can lead to harming self and others, leading to significant legal issues such as DUI. And lastly, alcohol abuse can contribute to acts of aggression and violence, unprotected sexual activity, and financial problems.

Alcohol abuse can lead to alcohol dependence, which essentially means that the alcoholic is dependent is psychologically and physiologically dependent on the consumption of alcohol to function without experiencing symptoms of severe withdrawal, such as seizures, nausea, vomiting, headache.

People with an alcohol use disorder will often complain of difficulty with interpersonal relationships, work or school problems, and legal problems. Additionally, irritability and insomnia are reported as leading to chronic fatigue. Signs of alcohol abuse are often connected to alcohol's effect on internal organs such as cirrhosis of and failure of the liver, enlargement of the male breasts, jaundice, hepatic encephalopathy, and brain damage.

Alcohol abuse and the adolescent brain significantly increase the risk of brain damage and other long-lasting alterations to the brain, contributing to conduct disorder with lying and defiance, learning disabilities, and other social impairments.

The cause of alcohol abuse is complex. Alcohol abuse may be attributed to various factors, such as economic, social, and biological considerations. From a psychological perspective, the numbing effects of alcohol can become a coping strategy for those who have experienced trauma, enabling them to self-medicate or dissociate themselves from the trauma.

Unfortunately, however, the altered or intoxicated state of the individual abusing alcohol prevents them from having the consciousness necessary for healing.

Benzodiazepines are a type of medication known as tranquilizers. Familiar names include Valium and Xanax. They are some of the most commonly prescribed medications in the United States. When people without prescriptions obtain and take these drugs for their sedating effects, use turns into abuse.

Doctors may prescribe a benzodiazepine for the following legitimate medical conditions:

At normal or regular doses, benzodiazepines relieve anxiety and insomnia. They are usually well-tolerated. Sometimes, people taking benzodiazepines may feel drowsy or dizzy. This side effect can be more pronounced with increased doses.

High doses of benzodiazepines can produce more serious side effects. Signs and symptoms of acute toxicity or overdose may include the following:

Despite their many practical uses, benzodiazepines can lead to physical and psychological dependence. Dependence can result in withdrawal symptoms and even seizures when they are stopped abruptly. Dependence and withdrawal occur in only a tiny percentage of people taking regular doses for short periods. The symptoms of withdrawal can be difficult to distinguish from anxiety.

The following is a list of some of the most commonly prescribed and abused benzodiazepines:

Cocaine is classified as a stimulant and is derived from the dried leaves of the coca plant. It used in a variety of forms:

The intensity and duration of the “high” experienced from the use of cocaine are impacted upon how it is administered. As a means by which to extend or “chase” the desired effect, a user will often take the drug repeatedly over a short period, with increasingly higher dosage levels. This practice and the use of the drug over time may lead to a variety of legal, social/interpersonal, financial, and medical/physical consequences, including the following:

Designer drugs are a group of substances designed to mimic an actual classified drug's pharmacological effects to avoid illegal classification and presence in the user's system. Often the designer drug will contain psychoactive ingredients as well as analog performance-enhancing substances. Due to these drugs' unregulated nature, the side effects and extent of access to their use are growing in concern. In addition to Bath Salts, Spice, MDMA, and Plant Food, unfortunately, there is an overabundance of designer drugs on the market.

Detox Medications for Detox for Opiates and Heroin

Most hallucinogenic drugs hallucinogens contain nitrogen and are classified as an alkaloid. Hallucinogens cause hallucinations in which the user may feel sensations, hear sounds, and see images during a “trip” while using the drug that seems real but does not exist in reality.

As the hallucinogen disrupts the interaction of nerve cells and neurotransmitters, it may interfere with muscle control, mood, perception of pain, and body temperature. Extended use can also lead to a prolonged period of “flashbacks,” in which the user may relive the unreal experiences while using the drug. Below are some of the most commonly recognized hallucinogenic drugs:

Heroin is a highly addictive opioid drug that generally appears as a white or brown power. It is a derivative of morphine, which is derived from the seedpod of the poppy plant. Heroin can be used in a variety of ways, including the following:

Since heroin is highly addictive, users appear to be easily “hooked.” Regular and repeated use leads to tolerance to the drug in which a higher dose of the drug is required to achieve the same or desired effect. Therefore, dependence on the use of heroin is common. When a person who is dependent on heroin attempts to stop the use of the substance, they may experience significant physical symptoms of discomfort, known as withdrawal and may include:

Although we do not provide legal advice, we provide services to help support the recovery process for all impacted by mental illness and substance abuse in local communities throughout the United States.

Cannabis, commonly known as marijuana, is a psychoactive drug classified as a hallucinogen. Cannabis is often consumed for its psychoactive and physiological effects, including heightened mood or euphoria, relaxation, and increased appetite. Unwanted side-effects can sometimes include a decrease in short-term memory, dry mouth, impaired motor skills, reddening of the eyes, and feelings of paranoia or anxiety.

Cannabis has psychoactive and physiological effects when consumed. The immediate desired results from consuming cannabis include relaxation and mild euphoria. In contrast, some immediate undesired side-effects include a decrease in short-term memory, dry mouth, impaired motor skills, and reddening of the eyes. Along with a subjective change in perception and mood, the most common short-term physical and neurological effects include increased heart rate, increased appetite, food consumption, lowered blood pressure, impairment of short-term and memory, psychomotor coordination, and concentration.

The medicinal value of cannabis is disputed, argued, and debated. Marijuana is also known as a Gateway Drug with the assertion that its use may increase the probability of experimenting with “harder” drugs. Either way, cannabis is generally found in three primary forms.

Marijuana consists of the dried flowers and subtending leaves and stems of the female Cannabis plant.

Hashish is a concentrated resin cake or ball produced from pressed kief, the detached trichomes, and sufficient material that falls off of cannabis flowers and leaves. It varies in color from black to golden brown depending upon the purity and variety of cultivar it was obtained from. It can be consumed orally or smoked.

Hash oil is obtained from the cannabis plant by solvent extraction and contains the cannabinoids present in cannabis flowers and leaves' natural oils. The solvents are evaporated to leave behind a very concentrated oil. These products are consumed by smoking, vaporizing, eating, or topical application.

Cannabis may be consumed in a variety of ways:

Opioid or narcotics — are pain relievers made from opium, which comes from the poppy plant. Morphine and codeine are the two natural products of opium. Synthetic modifications or imitations of morphine produce the other opioids:

When people use narcotics only to control pain, they are unlikely to become addicted to drugs. However, opioids provide an intoxicating high when injected or taken orally in high doses. Opioids are also powerful anxiety relievers. For these reasons, narcotic abuse is one of the most common forms of drug abuse in the U.S.

Opioid abuse can be defined as the use of opiate-based medicine beyond a doctor’s prescription to achieve a high or desired effect, such as relieving anxiety.

Opioid dependence occurs when the body develops a tolerance to the drug, meaning higher doses are needed for the same effect. Also, stopping the drug produces drug withdrawal symptoms. Opioid addiction occurs when an individual is dependent on opioid use. At the same time, it displays psychological effects, such as compulsive behaviors to get the drug, craving for the drug, and continued use despite negative consequences, like legal problems or losing a job.

Signs and Symptoms of Opioid Abuse

If a person uses opioids for a long time, they develop physical dependence and tolerance. Usually, opioid abusers will then take more of the drug to continue to get high. If a person stops using opioids after becoming physically dependent on the drug, they will experience drug withdrawal symptoms.

Symptoms of drug withdrawal from opioids include:

Medicines like methadone or buprenorphine can be used to prevent withdrawal symptoms after a person stops using a process called detoxification (“detox”). After drug withdrawal is complete, the person is no longer physically dependent on the drug. But psychological dependence can continue. Some people with drug addiction may relapse in response to stress or other powerful triggers.

The following is a list of some of the most commonly prescribed and abused opioids based medications: